How to book your COVID-19 vaccine

Written by Meagan Gilpin
Published: 03 May 2021

Sheung-King is a Toronto-based author whose debut novel, You Are Eating an Orange. You Are Naked. is shortlisted for the 2021 Amazon First Novel Award and was longlisted earlier this year for CBC’s Canada Reads. Brampton Library is very excited to host Sheung-King’s creative writing workshop series Writing Futures! Interested participants may sign up for either of the two-part virtual workshops, on May 26th and June 2nd (registration closed) or June 9th and June 16th. Additionally, our Up for Discussion Book Club members will be discussing his critically-acclaimed book at our May 31st and June 3rd meetings! Register here to join the conversation.

We sat down for a virtual interview with Sheung-King to discuss Writing Futures, his own writing process, and his book. 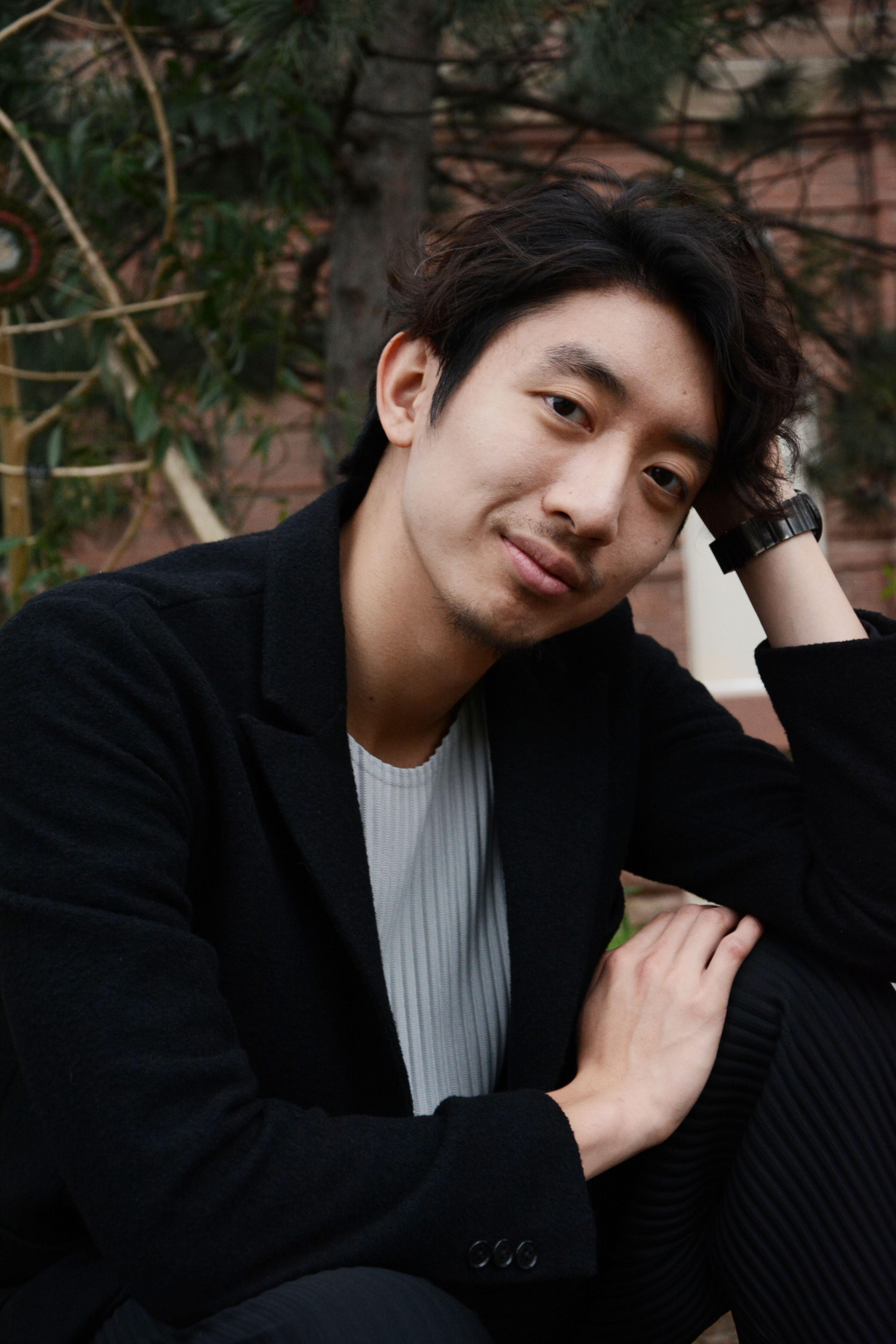 Can you give a brief outline of the Writing Futures workshop?

“For this virtual workshop, we will be imagining a character using simple questions [about the future] like, “What is the perfect day in 2041?”, and “What is work in the future in 20 years?”.... We're not just relying on the past. Future is ever-emerging. It's multifaceted. So after we do this exercise will be hypothesizing at least three futures: The possible, probable, and preferable. And so by doing that we're going to understand the present better...and we'll use that as a topic to write a story.”

You mentioned that this is a version of the Writing Futures workshop that you have run before?

“I do this as a unit in the course that I teach at the University of Guelph, using this methodology to teach Creative Writing that is more multidisciplinary. This is not relying on literature. It's relying on your perspective, how you understand the world.”

“Of course! Those who are aspiring writers can learn from those who are from other disciplines and vice versa. Those who aspire to become writers might focus on craft and would benefit from working with those coming from a more research-focused discipline.”

Has this technique been an important part of your own writing process?

“In a way, yes. I don't think so much about craft or about developing character. That's probably because I didn't come from a literature background, and I didn't actually start writing in English until I moved back to Canada from Hong Kong in high school, so I didn't have that background in me. But perhaps coming from the standpoint of stories from deconstruction, like an ESL approach to it. I couldn't see myself starting from craft or character or one set point. It needs to come from elsewhere. So I focus more on how the idea of something can manifest the story.”

You just mentioned that you didn't come from a writing background. What is your background that led you to this?

“My undergraduate degree is in Film Studies and I did creative writing on the side but I never actually studied English literature. A lot of [authors that interest me] are transnational writers who identify with more than one culture. They’re coming from a space that's also not grounded in one thing.”

You talked a little bit about writing in English after you moved back to Canada. So I'm also wondering, has that perspective of the two languages, and the transnational nature of your personal history, affected your writing style and your writing process?

“I think it definitely has. I read a lot of books that have been translated from other languages, from Japanese, Chinese, German. Those translated works have this kind of looseness to them [and are] more focused on concepts and are not trying to do too much, and I think that really helped me as a writer.”

I'm going to jump forward and dig into the book a little bit. It seems like parts of the story are personal. How important do you think that it is for writers to draw on their own personal experiences or their own personal identities?

“I think it was important to me that my first book was, just to get it out. I'm borrowing from Ocean Vuong's approach to writing his first novel. He discusses how his first book starts with autobiography and ends with fiction. This is his approach because once he found his voice, he's able to tell the story about being a person of colour in the US beautifully. I feel like, for me, the first book I wanted to write is about the transnational experience.”

Did you sort of write [this book] in pieces and then it came together?

“Some of the chapters came first, and some of the chapters came from experience that was more recent, perhaps that I brought back. Actually the chapter that was set in Taiwan was one of the first ones, and I think that really set the groundwork for the rest of the book because in that chapter I talked about translation. I talked about how these Chinese foods sometimes capture the association...more so than any English word can. And I think those are the themes throughout the entire book.”

There's one part about halfway through the novel where the character “Me” has a standalone paragraph saying, “This is a series of “events”. The events also have no center -- no fulcrum, no singular meaning. In the center of an event is just another chain of events with no center.” As a reader, I found that really compelling because I was looking for a common thread that drew the scenes and stories together….and I think that that's a really creative concept for the book, to take the idea of a story having a center and reject it. So how, as a writer, do you get to the point where you're so comfortable with standard writing conventions that you can play around with them like that?

“I guess the simple answer would be that I was never comfortable with it in the first place. I was coming from a film background, and the first screenwriting course that I took required us to follow a structure. And...I just couldn't follow. I didn't understand why. I don't think that that's helpful…. And I feel like as a person who grew up in Hong Kong, that's how I want to approach my writing. So I guess it's also a rejection of that. I came to realize that maybe I don't need to be comfortable. I'm just going to work in the space of writing in English but thinking of forms or structures of other languages.”

Our book club members will be reading this book in May which is Asian Heritage Month, so it's interesting that you bring that up. This book talks a lot about nationalism and rejecting certain ideas and notions that maybe are brought about because of a background of colonization. I don't necessarily have a question about that, but I just wanted to say I think that it will be interesting for our members to read this book and think of those concepts during Asian Heritage Month.

“I think it would be worth reflecting on anti-Asian hate. I was talking on the phone with a friend who lives in America [about the recent terrorist attack in Atlanta against Asian-Americans], and what was chilling was that she saw the perspective of these events partially from the perspective of the terrorist. She said that she can understand how one would develop this attitude towards Chinese people in China, because of how China presents itself in the world. So that kind of made me think about how deep colonization has been embodied by these individuals [who immigrate from Hong Kong]. So, I think when we're thinking about these shootings and these hate crimes, and how the rhetoric from the former American president has been perpetuating [them], it’s not good for democracy.”

The rest of our conversation with Sheung-King took a deep dive into his book You Are Eating an Orange. You Are Naked. But, you’ll have to come to one of our Up for Discussion meetings on May 31st or June 3rd to get the scoop on his intention behind the ideas and concepts that create the story.

We would like to thank Sheung-King for being so gracious with his time and for his enthusiasm during our entire conversation. We look forward to working with him more in May and June!